When I packed up my apartment and left Los Angeles — my home of almost a decade — to live a more low-key life in the Joshua Tree desert last year, I had high expectations. Among them were daily hikes, no traffic, and mornings spent in blissful meditation. Oh, and permanently sun-kissed skin and long, flowing, hippie hair — the perfect accessories for my new desert-dwelling lifestyle, right? Not exactly. While I did manage to opt out of traffic and go on some epic hikes, my skin and hair did not love my new home as much as I did.

My skin became dry and hair became lifeless almost immediately, and I blamed it on the humidity, or lack thereof — desert air is D-R-Y. I bought myself a humidifier, which helped a little bit, but for some reason, my face remained covered in flaky patches and pimples, and my hair still looked fried and frizzy. Eventually, I found the culprit — hard water. As soon as I installed the Vitaclean HQ Shower Head + Filter (currently $90 on Urban Outfitters), to eliminate excess chlorine and mineral content, my issues cleared up. 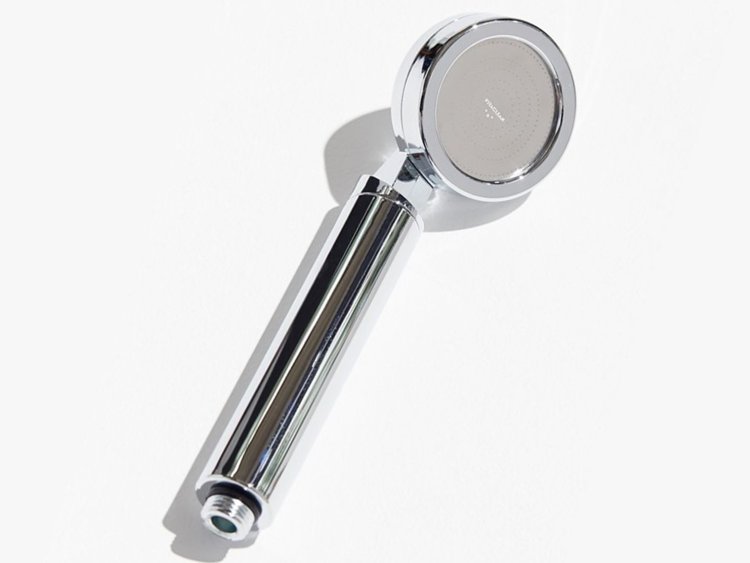 My experience is hardly unique; anyone's who's made a significant move has likely noticed how the air and water of a brand-new city can affect your beauty routine. "Kristina [Velkova] and I both felt frustrated with the effects of hard water when settling to live in London," Sara Douglas, co-founder of Vitaclean HQ, tells Business Insider. "I have blonde hair and immediately saw how the water made it brassy and dull. Kristina had a very hard time with dry skin and scalp."

Eventually, the friends came to the same realization I did: The water supply was to blame. "We both concluded that the water had to be the cause, as we'd never had problems like this outside of London," Douglas says.

Major cities are most often plagued by hard, mineral-contaminated water; but hard water can really happen anywhere. "Hard water is produced when naturally-soft rainwater comes in contact with the ground," Douglas explains. "Rainwater passing through porous rocks, like limestone and chalk, causes it to collect calcium and magnesium minerals."

When these minerals come into contact with soap and shampoo, they form a substance glamorously known as "scum," which ends up coating hair and skin and can lead to dullness, dryness, and all kinds of irritation. "Minerals, chlorine, bacteria, and pipe rust damage skin and hair immensely," Douglas says. "The water can make hair brittle and skin uneven, as well as causing conditions such as eczema and psoriasis to flare up."

Here's a not-so-pretty visual. You know the filmy, white mineral buildup that accumulates on the pipes under your kitchen or bathroom sink? Yeah, that's pretty much what can happen to your hair and face when you shower under a stream of hard water.

Once I figured out that I needed a shower head filter to help soften my water, I stopped by my local hardware store for something suitable, but there wasn't a single filtered shower head in stock. I found Amazon's seemingly endless stream of filters confusing too — it was hard to discern what I needed, what would work with my current shower setup, and what I could realistically install myself.

And then, I discovered Vitaclean HQ, created by Douglas and Velkova to offer aesthetically-pleasing shower head systemsthat come with everything you need in order to make your shower a literal oasis of skin- and hair-health.

"Vitaclean's range of plant-based, scented filters are formulated with vitamin C and essential oils to help neutralize chlorine in shower water and create an aromatherapy effect at home, leaving your shower water and bathroom smelling delicious," Velkova tells Business Insider. "Each scented filter is full of antioxidants and includes moisturizing properties for softer skin and hair." 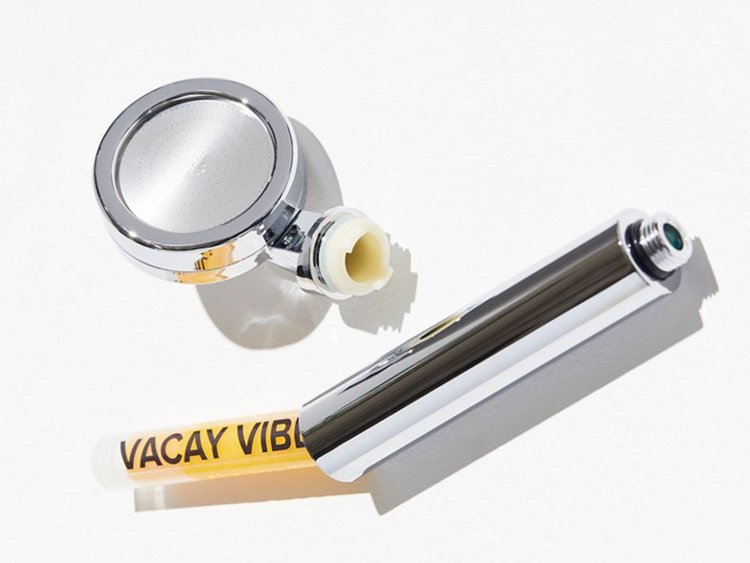 The company sells the filters piecemeal or in a bundle, which I have, with a shower head, microfiber cloth, and ceramic balls. "The microfiber cloth and ceramic balls are also a big part of the filtration system," adds Velkova. "They are responsible for filtering out all the nasties that travel through your pipes." Nasties being things like magnesium, calcium, fluoride, and even heavy metals like lead — which is all the stuff you don't want touching your face.

The shower head fits in most showers and comes in a wall mount or handheld head version. Vitaclean's site made installation sound easy, but I still kind of expected to struggle with it; I'm not exactly a handy woman. But I have to hand it to Velkova and Douglas — it actually was easy.

I noticed an immediate difference after my first Vitaclean shower. My skin didn't have that tight, stretched feeling it usually has post-cleansing, and my hair was noticeably softer. "That's because essential oils leave skin soft and hair smooth, and vitamin C removes 99% of chlorine from shower water," Velkova says.

Over time, the benefits only get better. Vitamin C can helpbrighten dull complexions and even has the power to help stimulate the skin's natural collagen production, similar to your favorite vitamin C skin-care serum. It's great for hair too; while chlorine can dull shine (especially for blondes), vitamin C can help lift and tone. A week or so into my Vitaclean switch, I noticed my balayage highlights were suddenly golden again without the need for toning shampoo.

In other words, this filtration system doesn't just remove harmful minerals; it also adds nutrients to your shower routine, resulting in hair and skin that looks and feels healthier over time. 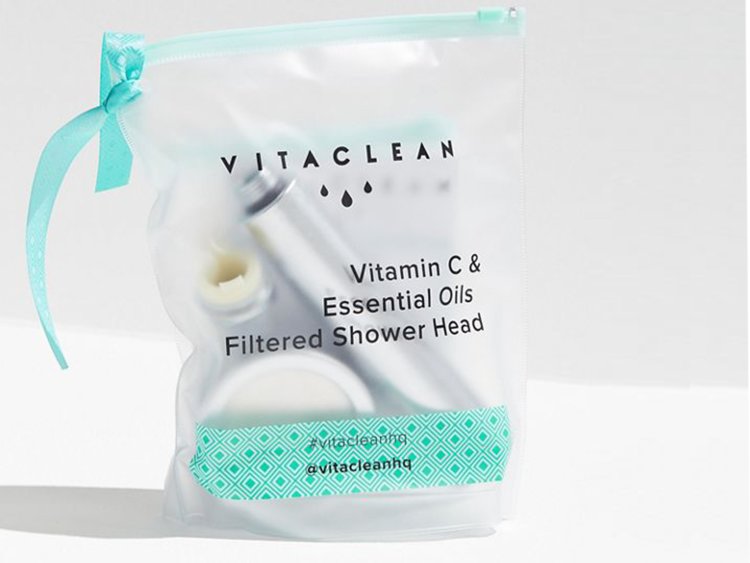 "The essential oils also create an aromatherapy effect, filling your bathroom with delicious scents and helping with relaxation," Velkova adds. As soon as you turn the shower on, the light smell of citrus wafts through the air, which can make even a Monday morning shower feel like a self-care spa day.

As for how long each filter lasts, that kind of depends on where you live. "We noticed that cities are different from one another," says Velkova. "New York customers have to change their cloths more frequently because they get so full of residual particles, it's shocking."

Personally, my handheld vitamin C filter lasts for about a month before I need to change it out, and the microfiber cloth and ceramic balls are good for at least three months. And if you're worried about the water pressure of the Vitaclean shower head, don't. Pressure-wise, it's the best shower head I've ever used: The stream is smooth, strong, and steady.

Dry skin and hair is caused by a ton of different factors, but I experienced them immediately after I moved out to the desert and realized that hard water was the root of my issues. It might not be what's causing issues for everyone, so definitely take inventory of products you're currently using and the environment you're in, and see a specialist if needed.

Purple Shampoo Could Actually Be Making Your Blonde Look Darker